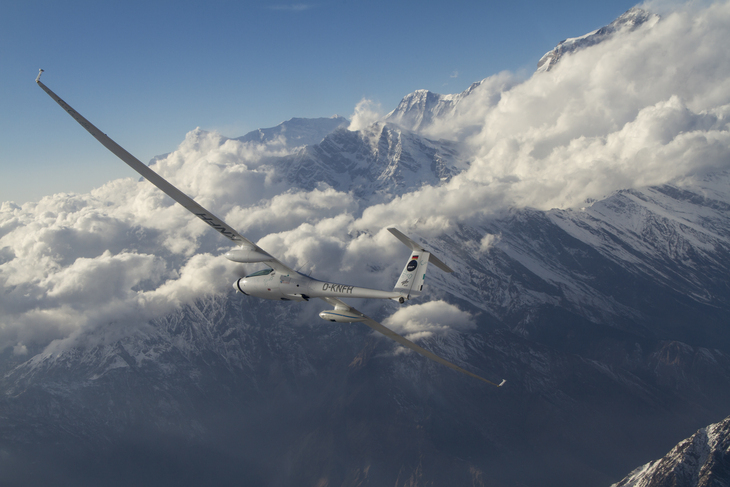 Within the joint project E-DARIT, the potential of energy recovery in descending flight by means of a propeller, optimized with regard to recuperation, is being investigated in wind tunnel and in-flight tests. In addition to the pure performance data, particular attention is paid to the noise emissions generated. 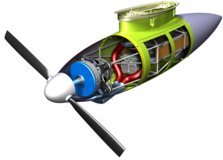 Copyright: © ILR CAD-rendering of the flying propeller testbed, integrated in a wing pod

The environmental impact, not only in terms of fuel consumption but also in terms of noise, is an important design factor for aircraft. The steady growth of air traffic and the resulting environmental impact require innovative solutions from the aviation industry. The electric engine as an alternative to the combustion engine can make a significant contribution to solving this problem. Advantageous features of an electric drive system include the high efficiency and low noise of the engines. These and other properties enable new configurations and flight operation procedures.

Today's air traffic is only superior to ground-based transport systems over long distances. The combined use of electric propulsion and noise reduction measures could make aircraft an alternative to ground based transport systems for very short distances and even within large cities. Due to the fact that short-haul aircraft perform a high number of take-offs and landings per hour, the relative influence of the climb and descent phases increases and with the latter the flight phase in which a lot of energy has to be dissipated. If this energy were to be recovered efficiently and with low noise levels, additional energy savings and greater acceptance by residents living in the immediate vicinity of airports can be expected.

The primary objective of the project described here, is to demonstrate that a significant amount of energy can be recovered and thus saved by using a propeller specially optimized for recuperation. Flight performance and acoustic measurements are carried out in the wind tunnel as well as in flight tests. The Stemme S 10 VTX of the FH Aachen is available as a test object for this purpose. The noise emissions caused by the propeller are to be analyzed in different flight phases for the different propeller geometries that were developed. In particular, psychoacoustic metrics will be used to evaluate the disturbing effect of the emissions in a differentiated way. The knowledge gained will be used to improve ILR aircraft noise prediction and auralization models.

The joint project is being carried out under the direction of the Department of Aeronautical Engineering at the FH Aachen.